You are here: Home / Resources / Concepts / How to Capture Leads

In the last two articles in this series we covered How to Reach your Market and How to Generate Interest. In this article we’re going to be talking about the next step in the Lead Generation process: capturing leads.

First we should start off by defining a ‘lead.’ A lead is a potential customer who has expressed interest in your offering and given you permission to contact them again. There’s a few ways someone can become a lead, including;

Lets look at each of these methods in more detail.

People don’t tend to like being contacted about something that they’re not interested in so the act of volunteering their contact details is a strong indication that they value what you’re going to give them in return. That value usually comes in two forms;

In the first instance they’re giving you their details so you can contact them back but in the second instance, they’re giving up (possibly reluctantly) their details to get something in return. Those people in the first instance tend to be closer to a purchasing decision so they’re generally more valuable, but those in the second instance are more plentiful and often easier to convert to a lead.

What Value to Offer

Its generally understood and accepted that both of these methods are legal and legitimate ways to capture a lead, as long as you make it clear how the person’s contact details will be used so they know what they’re getting themselves into. This is usually covered in the website’s privacy policy.

How to Capture the Details

In the online world, the contact details will be captured by an online form. In general, the more fields your form has, the lower the conversion rate will be so you’ll want to test different form configurations get the best balance between getting the information you need to segment and sell and getting the highest number of leads.

Another way to capture details in the online world is to have the potential customer like or follow you on social media. This only gives you the ability to contact them in a very specific way, but its certainly better than nothing and can be a great medium to build a relationship with them.

An inbound call is one of the highest indications of interest from a potential customer because they are actively approaching you (on the phone). However, in order for them to become a lead they need to indicate during or after the call that they would like further information and/or they don’t mind you following up with them. Ideally, this ‘indication’ should be explicit but there’s probably some situations where it can be implied, although the lines are blurry here.

How to Encourage Calls

Most of the work will be done at the ‘generate interest‘ stage but there’s a few things you can do on your website to encourage calls;

You should also make sure your phone number is available in your offline media including billboards, brochures, flyers, print ads etc. so people can call you after engaging with you there.

Come to Your Store/Office in Person

Similar to the inbound call method above, this method is a high indication of interest from a potential customer, possibly the highest, as they have to physically come into your store which takes considerable effort when compared to other contact methods. However, it also might be an indication that would prefer talking to someone and/or looking at your product in person or that they were in the area and decided to stop by.

Similar to the inbound call again, this person won’t become a lead unless they indicate they’d like to receive further information and/or follow up from you. The only caveat to this, and to this condition for inbound calls as well, is if the person becomes a customer during the initial conversation. In this case they’ve effectively skipped the ‘capture lead’ stage, raced through the ‘sale’ and become a customer, so we needn’t worry about ‘capturing’ them anymore.

Indicate their Interest After an Outbound Call or Email

Cold outbound calls or emails are generally not very well received, however, if you do you ‘interest generation‘ well and your offering is a good fit for the potential customer, they might still become a lead by indicating their interest and consenting to receive further information and/or follow up from you. For outbound calls, you should definitely get an explicit indication of their interest in order to mark them down as a lead. For outbound emails, an explicit indication is great but if they’re replying and requesting more information that is indication enough of their interest.

There is a little be of lee-way here if its not clear whether the call or email has been received.

Via a Third Party

The last method by which someone can become a lead is to use one of the methods above through a third party who then passes the contact details onto you. This is only a legitimate lead if the potential customer has indicated that their contact details be passed onto you by the third party. If you’ve purchased some contact details without the knowledge of those people then this is not a lead strategy that we’re advocating and it could get you in legal hot water as well.

One we’ve captured a legitimate lead its time to move them along to the sales process. 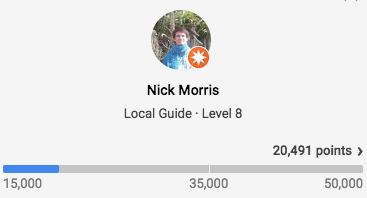